At DNW Outdoors we often work on bow fishing rigs and sell many bow fishing products.  Rowdy and his Dad, Terry, have been good customers for many years now and I always enjoy talking to them about hunting and fishing.  One Day Rowdy was showing me some pictures of their bow fishing harvest from the previous night and we struck up a conversation about it.  What follows are some tips and Rowdyism's to help you with harvesting those flying Asian Carp. - Graham Eldridge 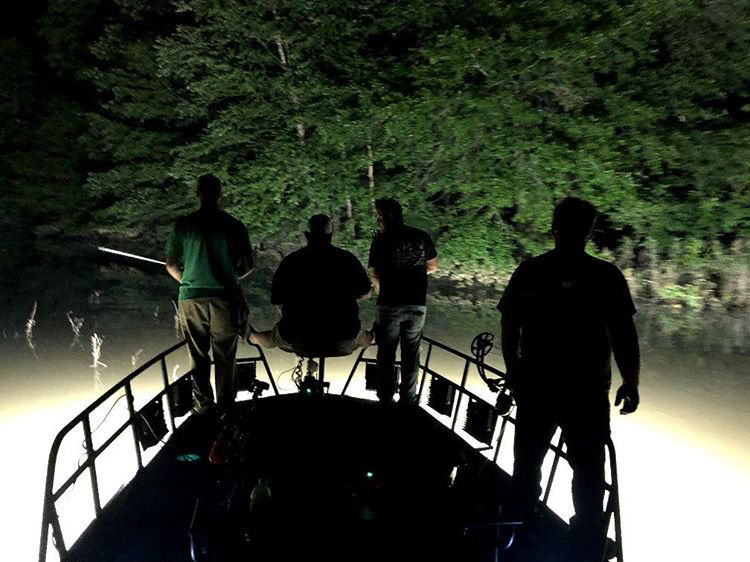 “As most of us local folks already know the Asian Carp are an ever growing threat to the Arkansas water ways. Me, Dallas (a.k.a. Cajun) and Captain Terry (a.k.a. My Dad) decided to do something about this ever growing problem and have a whole lot of fun while doing it.” 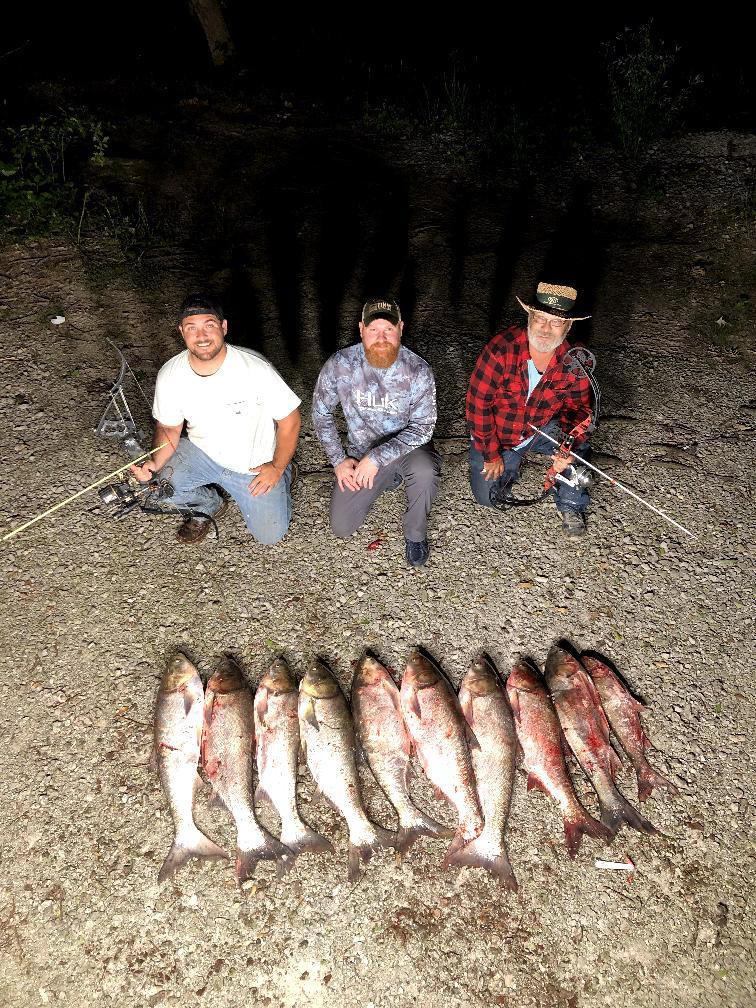 “After chasing big bucks and knocking some feathers off some green heads all winter long, we still have that itch to get outdoors and sling some arrows. The spring brings warm weather and rising water levels in our rivers and lakes and the normally dormant carp become really active. The flood waters ease out from the low lands and river bottoms into the fields and higher ground taking with them the Asian Carp to feed. These conditions combine for the perfect ingredients to have some Prime Time bow fishing live action.” 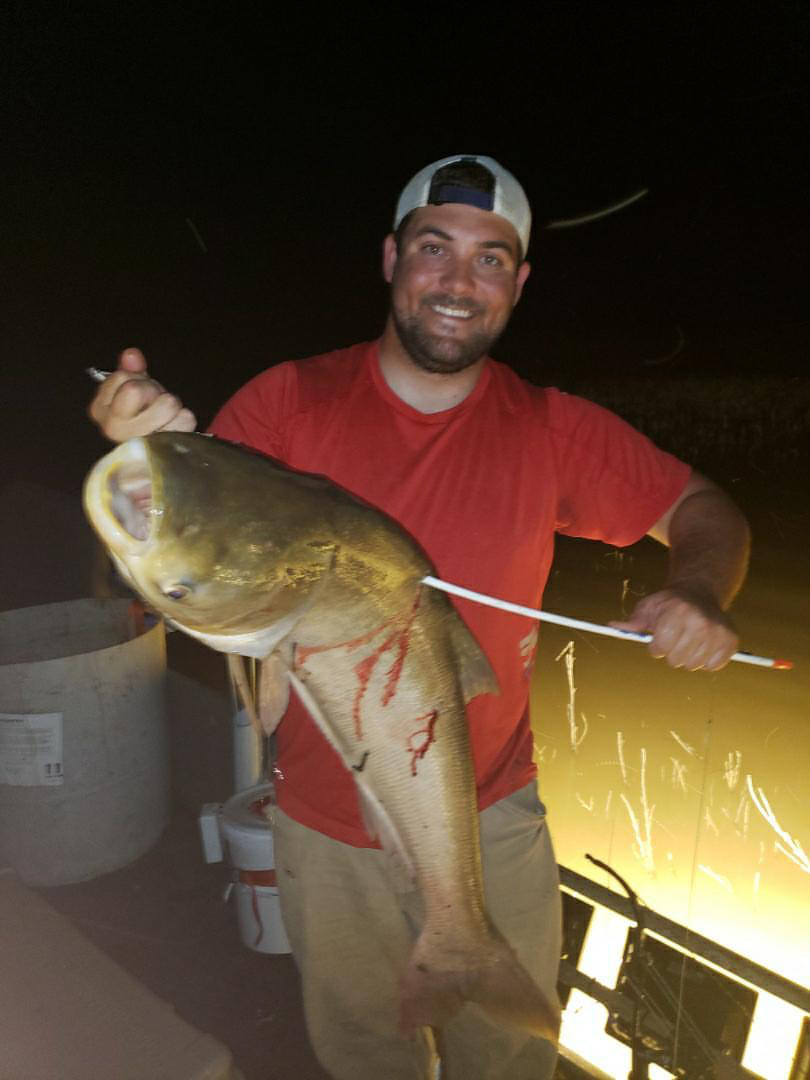 “Our typical night will start out by a quick stop to the Jordan’s gas station in Portia, Arkansas to stock up on our red mules (country boy for Red Bulls) and other country boy and cajun necessities. From there we make the short drive down to the picturesque Portia Bay. Due to an unusually wet spring the Bay is spilling its warm muddy water out into the fields lined up and down its banks. Captain Terry, Cajun and I get the boat rigged up and prepare ourselves for an all-out Carpocalypse. We get into the water and Cajun does what Cajun does and decides if we need to troll for “gar fish” or if we should run the big motor and make the Asian Carp do what they do and “fly”. Cajun has a sixth sense about what to do when trying to figure out how to shoot the most fish and his sixth sense is akin to a Native American tracker from an old western movie.” 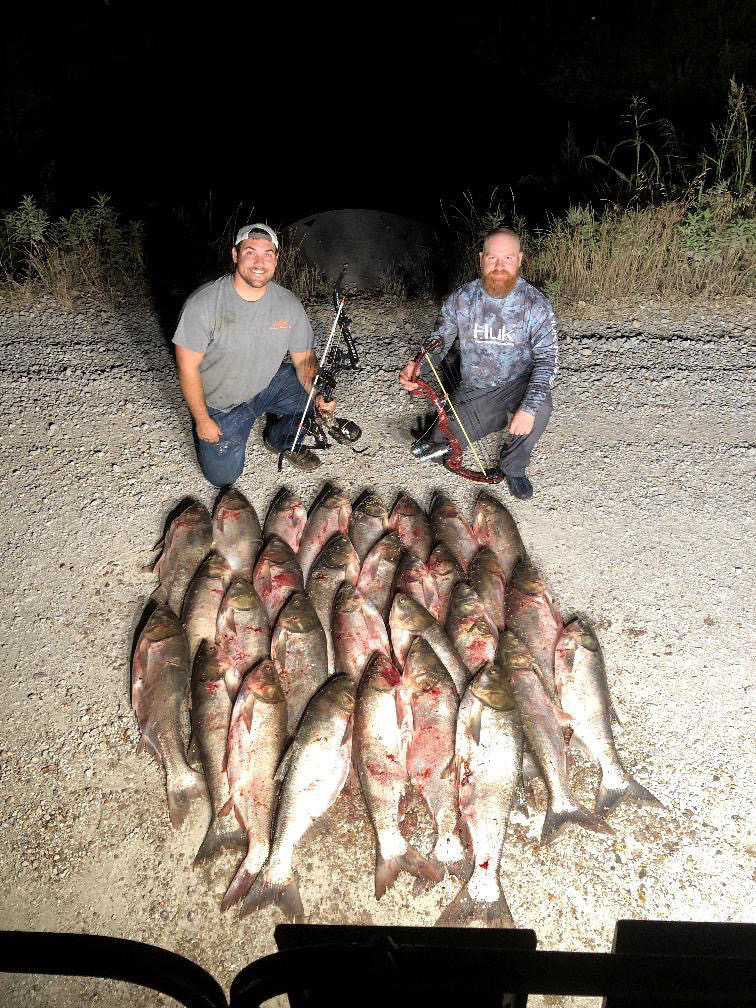 “So what you see on TV about the Asian Carp jumping out of the water is cool right? What they don’t tell you is how awesome it is to get rocked in the head or chest by a 40lb fish at speed. Not to mention when one hits you it feels like you just took a bath in slime that smells like muddy river water and what you might think a slimy Asian Carp might smell like. “ 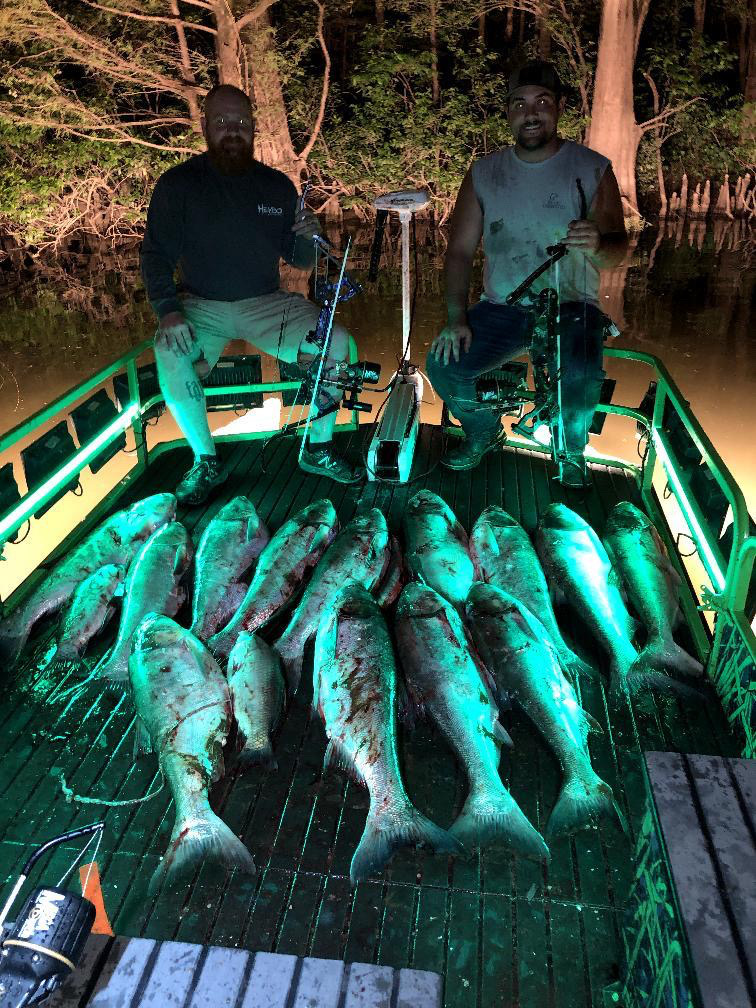 “On this night we decided to run the big motor and make those Asian Carp “fly”. Let me mention there are a few secrets to making these fish jump and I will share them with you below:” 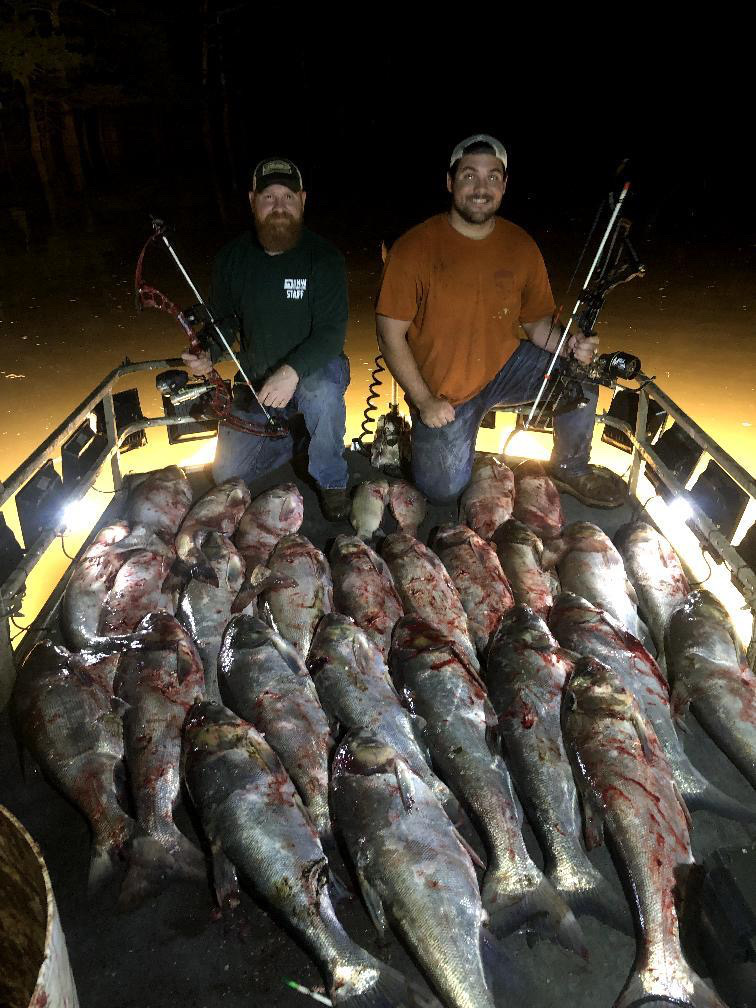 Voodoo on the water:

“If prop tuning doesn’t work we don’t usually worry much because we have a Cajun in our fishing crew. Cajun with his chicken bone rattling powers literally just has to say “Here Fishy Fishy Fishy”, and the carp start to jumping. I’ve never seen anything like it. Captain Terry, Cajun, and I continued on that night and waged a full on Carpocalypse. Our crew had some awesome luck bow fishing the water ways of Northeast Arkansas with 1 bay producing 738 confirmed fish kills in a 1 month span. “ 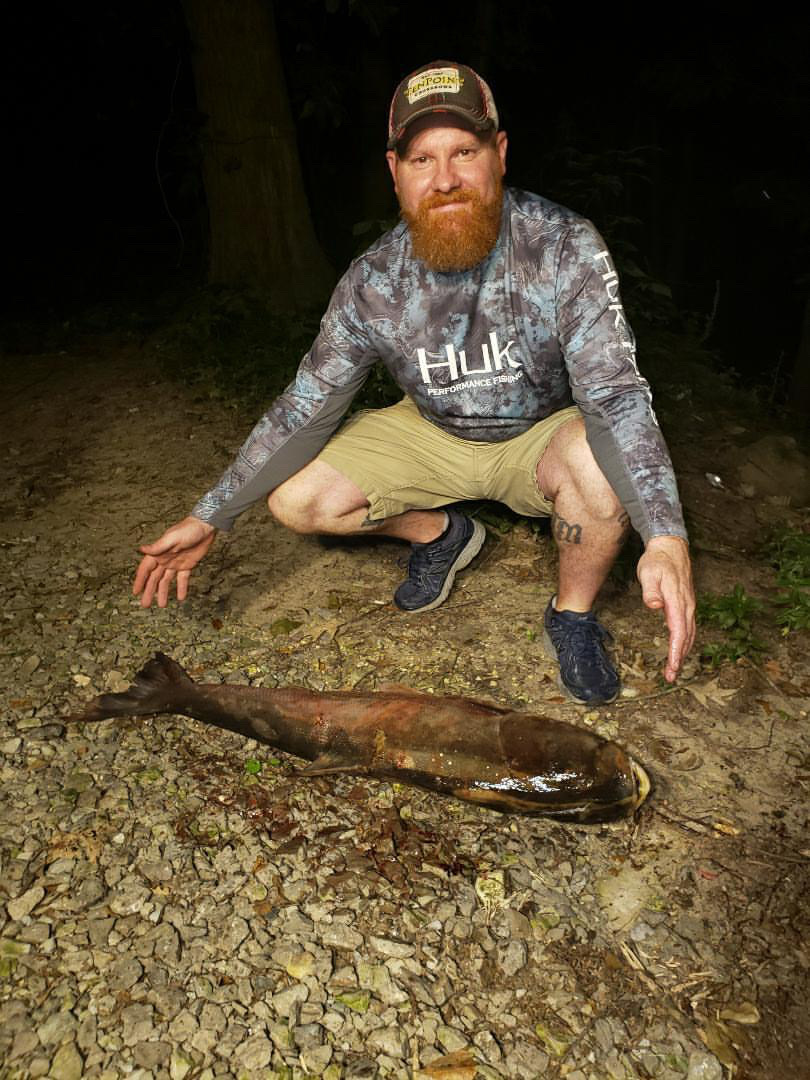 “All in all, we love what we do as sportsman. We provide for our families, hold a steady job, and aid in all sorts of State conservation efforts throughout the year. It’ very rewarding when bass fisherman thank me and my fishing Crew for thinning out those carp. Could you imagine if you were taking your 6 year old son or daughter for a day of fishing and they get hit by a jumping 40 pound fish. That’s not gonna’ turn out to good in the short or long run. The Asian Carp are definitely considered an invasive species and Me and my Crew are doing our part to thin them out”. 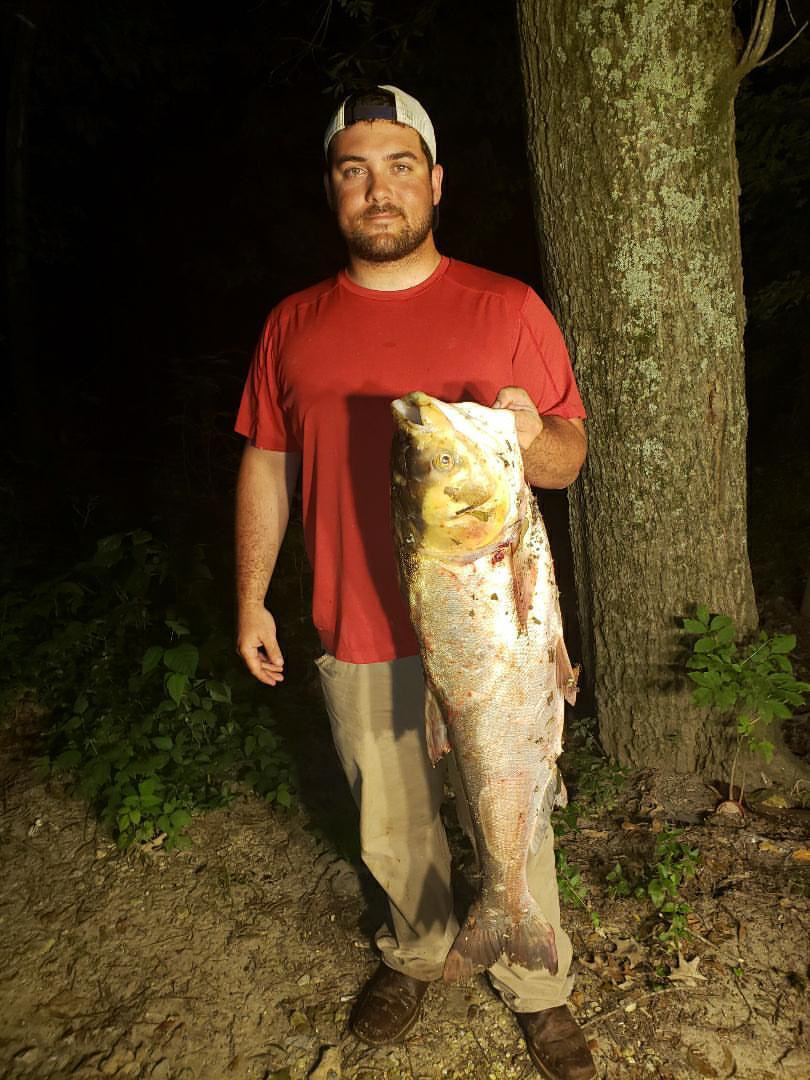 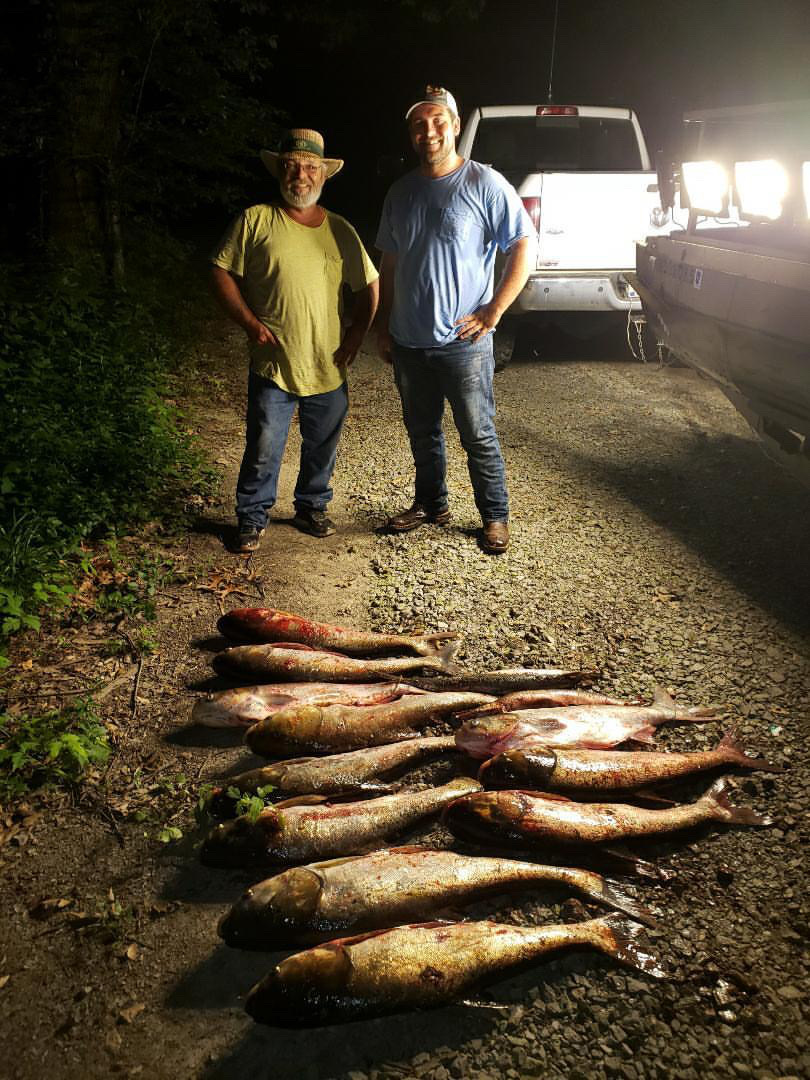