There is nothing more exhilarating than chasing a big ol’ gobbler on a crisp spring morning. The spring weather is so unpredictable and mother nature never seems to cooperate. I got to set down and have a chat with Millie Winkelman about her first time turkey hunting. Millie is an employee of Delta Traditions Women’s Boutique, located in side DNW Outdoors, and I was thrilled to hear her tale of chasing long beards all over the country.  There is a lesson to be learned from Millie and that's persistence is the key to a successful hunt.  – Graham Eldridge 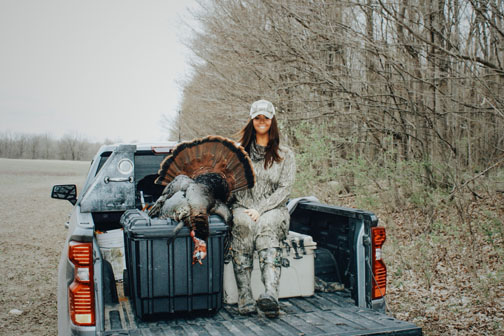 “My boyfriend and I traveled far and wide this past season to kill a turkey. We had the opportunity to hunt in Alabama, Mississippi, Michigan, and of course in our home state of Arkansas. We struggled all season, and traveled hundreds of miles all to have no success. Up until about a week ago, we truly thought we wouldn’t be walking away with a bird this season.” 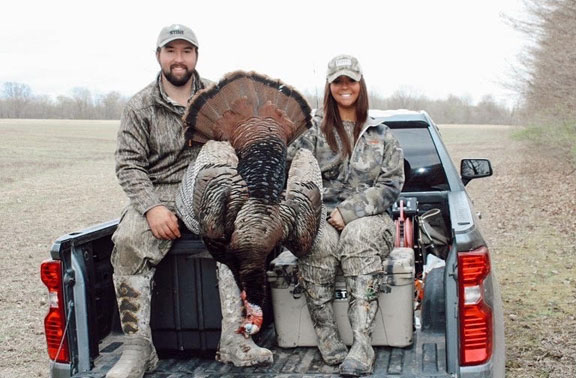 “Our final trip to Michigan was certainly one for the books. On our 12 hour ride to Adrian, Michigan, we tried to keep our spirits high. The weather forecast called for rain the whole week, and if you know anything about Michigan you know that it can still manage to get cold, even in May.”

“As soon as we got there, we got our gear on and headed out to hunt. We sat for hours and hours and heard nothing; we were extremely discouraged to say the least. We were only there for three days, and it was calling for rain all day on one of the days we were there, so we knew that we had to make the most of the time we had because it was limited.”

“That 5:00am alarm came early that first morning. When we got to where we were hunting, we immediately heard gobbling as soon as the truck doors shut. It sounded promising, but unfortunately we weren’t able to hunt the property they were on. We spent that morning walking miles through fields, which eventually turned into an hour long truck drive trying to see if we could spot anything on any of the other properties we had access too. We began to have some hope as we started to see many flocks on our drive, we were just happy to finally see some turkeys after not seeing anything all season aside from a couple of hens.”

“Our final stop of that morning ended up being very successful, and it all happened in about 5 short minutes, but felt like the longest 5 minutes of our lives. We snuck up on a large group around 9:30, and with a little bit of patience, Jake managed to call one in, and finally took the perfect shot. It felt like a weight had been lifted off both of our shoulders, all the hard work and effort we had put in these past couple months finally paid off. It was by no means easy, but it was certainly worth it. Being able to share that moment together was a memory I will truly never forget.”

What is lesson that you learned on your first turkey hunt that might help a beginner to turkey hunting out?

“If there’s one thing you need when going turkey hunting, it’s patience. My first time turkey hunting was this past season, and I learned a lot from it. I’ve been duck hunting, I’ve been deer hunting, but nothing has tested me nearly as much as turkey hunting did these past couple of months. Looking back at this past turkey season, I’ve realized that all the miles walked, all the early mornings, and all the unsuccessful hunts resulted in character building that led up to the most successful moment of the season.” 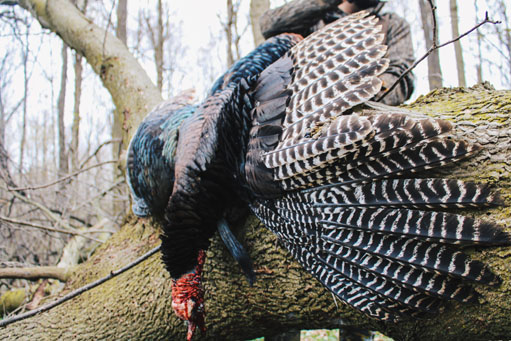 “Despite what people may think, hunting is so much more than just shooting a gun, it can be mentally and physically exhausting, but the successes will always outweigh the failures. This past season was certainly a learning experience, but it was one I will never forget!”