This past week I had the opportunity to talk to Buck Horton. Buck is an Arkansas native and has a passion for all things outdoors, but more specifically, a passion for bowfishing. Buck grew up in the outdoors, and has worked in the outdoor industry since 2007. He has worked with organizations such as Adventure Bound Outdoors, Kids Gone Hunting, and most recently with Legacy Trails T.V., a T.V. show featured on the Sportsman Channel. Buck has truly been blessed with the opportunity to hunt and fish all over the United States. He has shot Stingrays in Florida and Alligator Gar in Louisiana but he emphasized the fact that nothing beats the experiences and memories that he has made in his home state of Arkansas. – Millie Winkelman 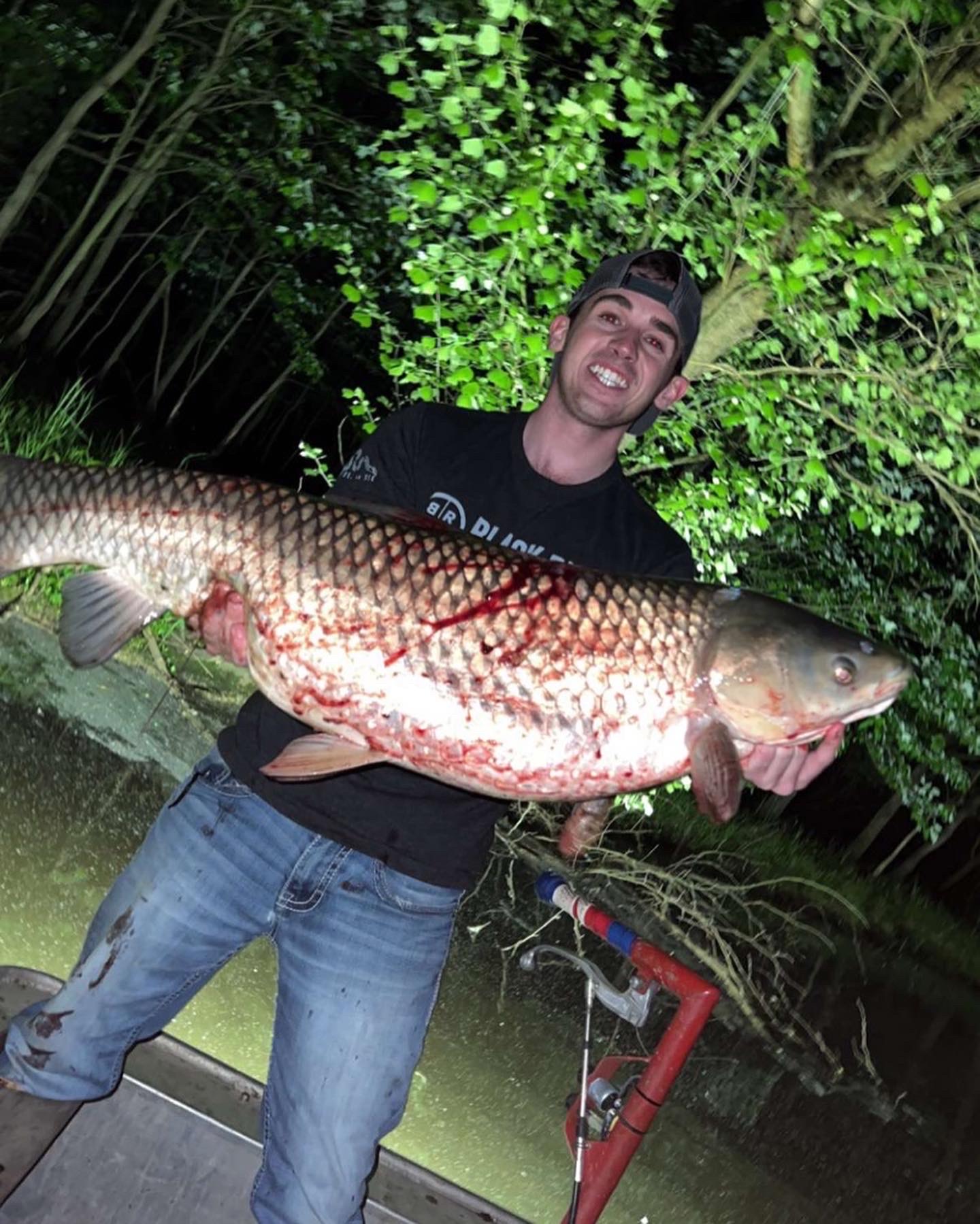 “When bow hunting for whitetail deer goes out, bowfishing feeds my bow hunting addiction. Bowfishing is one of the fastest growing sports in the United States, and it’s one of the most fun things I’ve ever done. I’ve been bowfishing since I was about 8 years old. I grew up watching bowfishing videos, and that is what eventually sparked my interest and passion for it. Aside from watching videos, I was heavily influenced by my good friend Brent Boudra, who runs the local archery pro shop where I’m from. Brent took me bowfishing many times, and he got me hooked on it.” 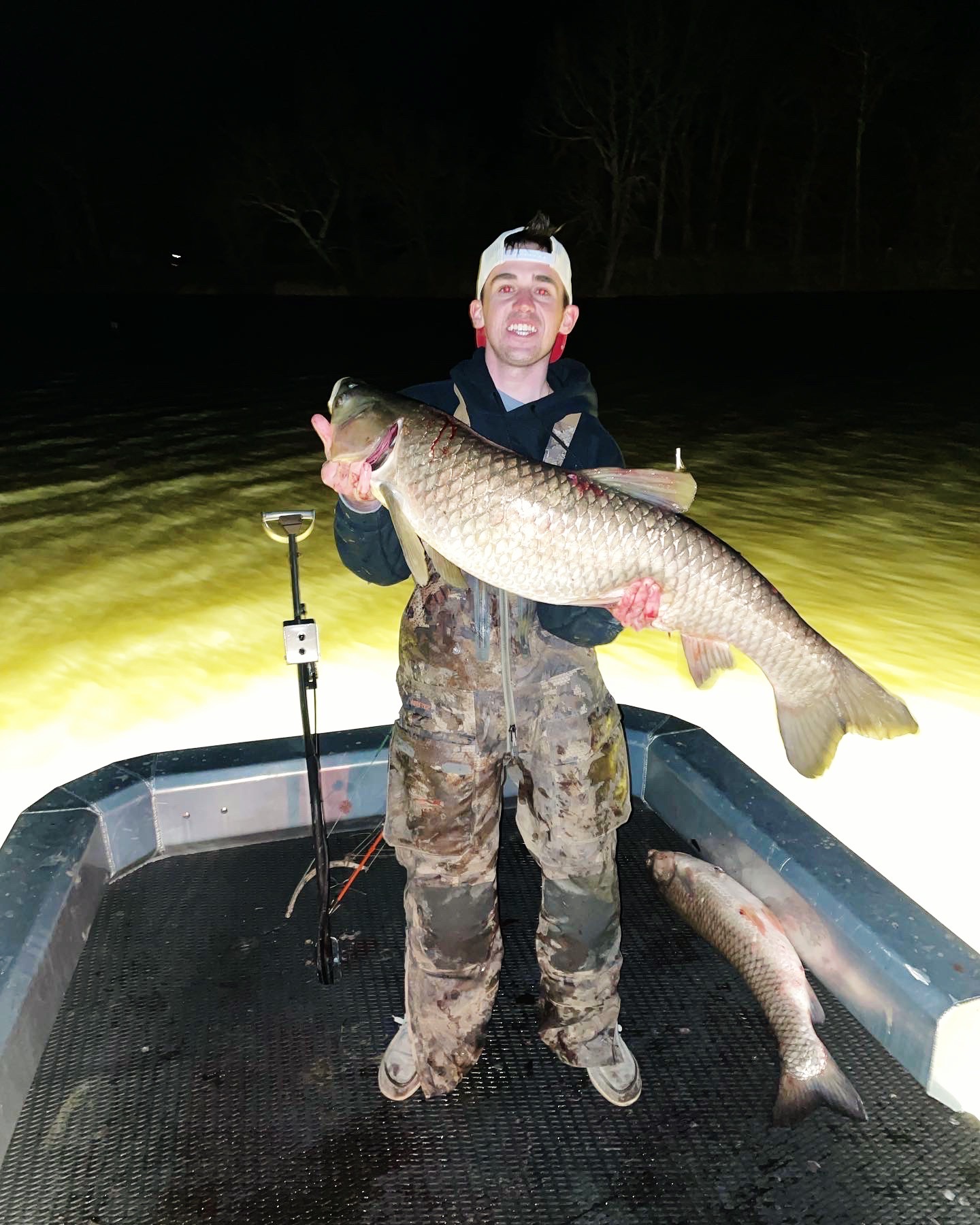 “When I turned 16, I started building my first bowfishing boat setup. From there somewhere around 2019 I got a lot more serious about bowfishing and started shooting competitively in bowfishing tournaments. Shooting in bowfishing tournaments is one of my favorite outdoor activities. I really enjoy the great camaraderie that comes along with the sport. I’m a competitor, and my competitiveness is what drives and motivates me to always be willing to learn new things, to better my skills, and to set goals for myself.” 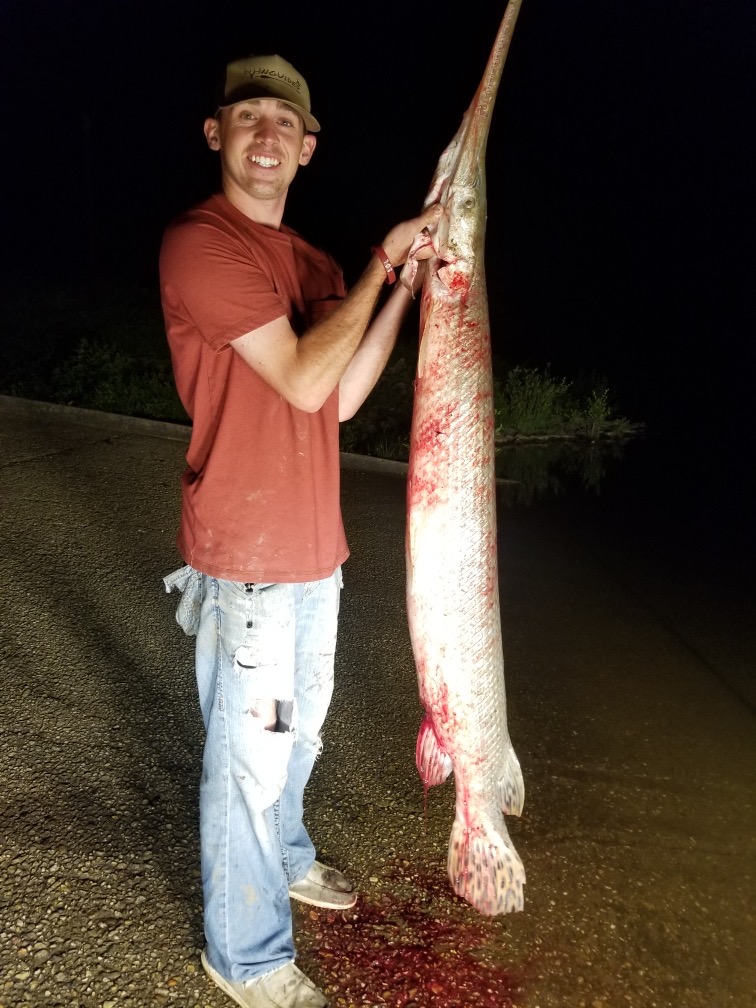 Buck has made countless memories while bowfishing. One of his most memorable experiences has been shooting the Bowfishing Association of America state record for the Long Nose Gar this past summer.

“One day, me and my team were idling pretty fast out of a cut while scouting for a tournament. All of a sudden I spotted a huge Gar lying in the middle of the current. I drew back and took the shot and the fight was on! I got some help from my friends Kevin Moffett and Ethan Thompson, who came in with a backup shot just to make sure the job was done.”

“Behind every great bow fisher is great bowfishing gear. My favorite piece of gear is my shaved limb Oneida Talon SLF with Robert Blackburn Fabrication no let-off mods installed in it. I also use Muzzy spinning reels. I shoot the T-N-T points for bigger fish, and when it comes to dink gar, I prefer to use T-N-T’s that are cut and barbed. I also shoot safety slides on all of my arrows. When it comes to boats, the best I’ve ever shot fish out of is a Phoenix Airboat. I use the same gear that is used by teams that consistently win bowfishing tournaments.”

“How do you know where to find fish to shoot?” This is a question Buck often gets from new comers to the sport.

“Finding fish consistently can actually be pretty difficult. Of course I have my favorite spots where I’ve had the most luck. When it comes to new places or tournaments, me and my team try to focus on weather conditions, river levels, and the time of year. Believe it or not, Google Maps can be very helpful to scout new places to shoot. One thing me and my team do is keep records of how we have done on a particular body of water including water level, weather conditions, etc. Scouting is very important when it comes to bowfishing, and it is how many people find success. Putting time and effort into scouting is crucial, even if you scout for hours and don’t see a ’thing. This all matters in the end because you end up learning different bodies of water through trial and error.” 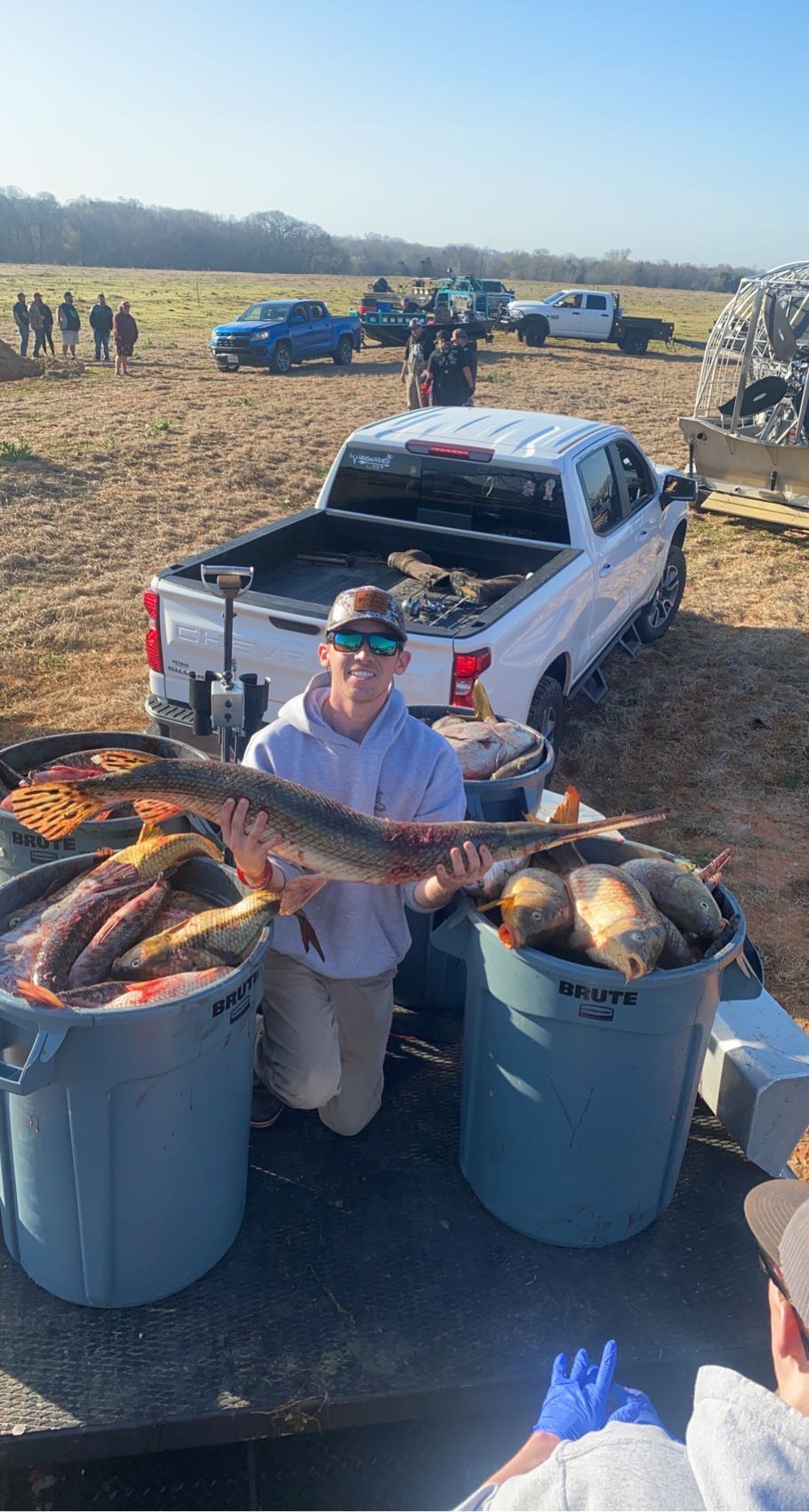 Buck, how does a newcomer get into bowfishing?

“You don’t have to have a fancy setup; you just need to get started. Getting plugged into the Bowfishing Association of America is one of the best ways to get involved. Through this association, you can find local bow fishers that are willing to teach and answer any questions you may have regarding bowfishing.”

Buck is living proof that sometimes discovering your passion and becoming great at something is as simple as just picking up your phone and watching videos about it. It was a pleasure to hear all of his stories and advice and we wish him the best of luck on his future bowfishing endeavors!