One thing common with all hunting is camouflage. If you have bought a piece of hunting equipment in the last 40 years chances are it’s probably finished in some kind of a camo pattern. Hunter’s love their camo and are very brand loyal. I’m sure in hunting camps all over the world the pros and cons of every hunter’s favorite camo pattern has been discussed over many a deer camp fire. The Natural Gear hunting apparel company, often “Natgear” for short, was born and raised in Arkansas and has a pretty solid following up in our neck of the woods. I’ve came across many hunters decked out head to toe in Natgear coming to and from their favorite hunting spot. I recently set down with John Adams of the Natural Gear camouflage apparel company and we talked about The Science Of Camouflage. -- Graham Eldridge 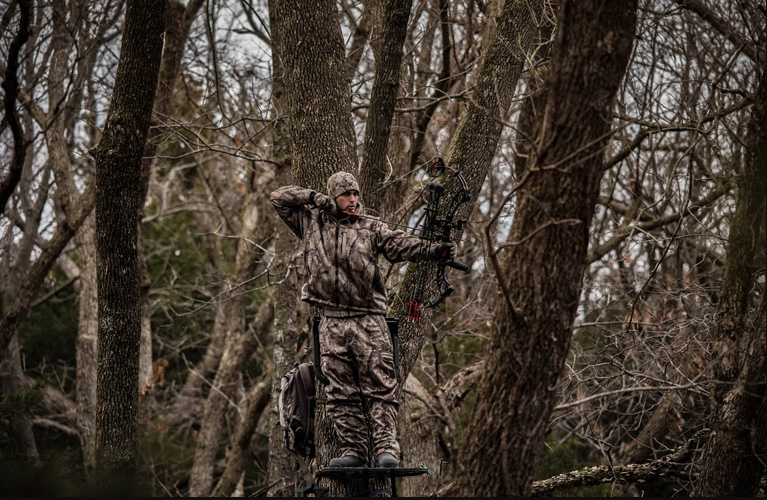 John, how did Natural Gear get its start?

“The idea for Natural Gear camo was born in the river bottoms of Arkansas in the early 90’s. Back then the world of camo clothing was growing, but the available patterns at the time were mostly dark and detailed. Those types of patterns work good in specific situations, but it was very apparent there needed to be a pattern that worked better in many situations.”

How was the Original Natgear Pattern developed?

“Research began for the development of Natural Gear’s Original Natural pattern, which consisted of studying the tree and brush species of the United States. They literally studied boxes of photographs of the wooded landscapes, and also studied pieces of wood, bark and leaves. Time and time again a few things became consistent. The main coloration of the landscape was light and broad based, with a vertical orientation.” 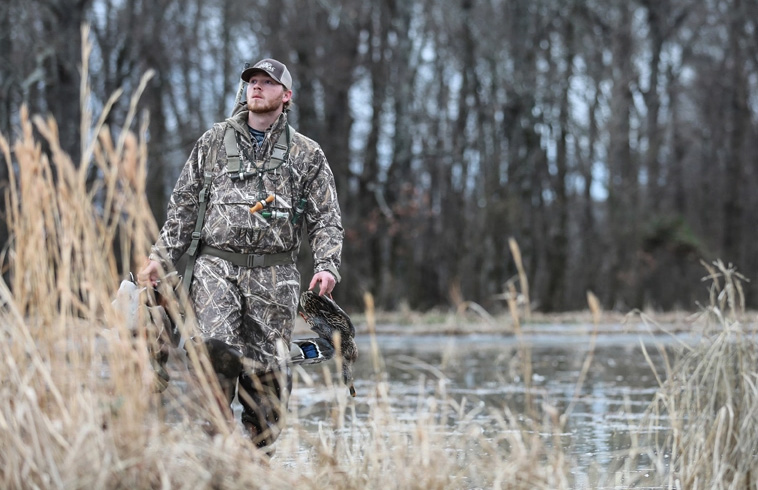 “The process began to design a camo pattern that was light, broad based, soft edged with a vertical orientation. It took a lot of “try’s” and things were a lot more complicated to get it printed into fabric form. When printed fabric samples started to come in The Natural Gear Original Natural Pattern was born. From there the disappearing acts in the woods began. The Original Natural pattern was and is just a “blending in” machine. Ask anyone that has ever worn the pattern. From the deer stand to the duck woods they’ll most likely tell you “it just works”. It works great especially here at home in Arkansas. At Natural Gear we are all Hunters, born and raised in Arkansas so we understand what products help ensure a successful hunt.”

Does Natgear come in one pattern?

“In 2004 we added a spring pattern. The Sc2 Green is basically the Original Natural pattern as the base with some more greens and moss added. The Sc2 Green pattern is really good for early season archery in the Southeast and out West. Sc2 is also great for those spring turkey hunts when we get some green foliage up in the trees. In 1996 we introduced the Snow pattern. It’s arguably the most effective winter camo pattern on the market. Of course here in the Southeast we don’t see much of it due to the lack of snow. In 2006 we came out with the Blaze pattern. It was developed for hunters that have to follow laws mandating hunter orange while also blending in. Our newest pattern is the Fields pattern which is geared to concealing in landscapes such as rice, beans and buckbrush. It’s great for waterfowl hunting in the rice and bean fields in the delta or timber holes off the rivers and oxbows. We think Natural Gear has an extensive line of hunting apparel and we can outfit hunters for hunts anywhere in the country.”