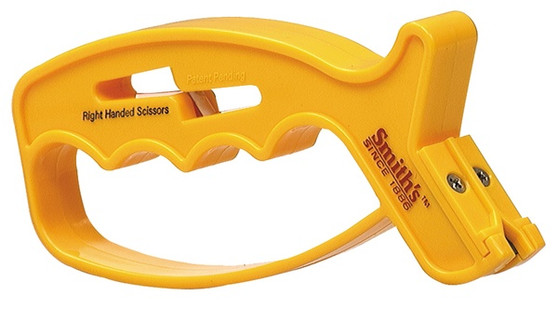 Smith's 10-Second Knife & Scissors Sharpener features a "V" shaped knife sharpening slot with two crossed carbide blades. The carbide blades allow you to put a quick edge on your knife with just three or four strokes and are preset at a fixed sharpening angle for guaranteed results every time. Just three or four strokes through the sharpener…to put the edge back on your household scissors. The patented scissors sharpener (built into the handle) features a specially designed "floating" round ceramic rod. This floating rod conforms to the exact angle of your scissors during use and works on both left and right-handed scissors.

What Others Are Looking At

Power Hunter Gun Sling - Bottomland When it comes to slings, they are not created equal. The Power …